We’ve parterned up with www.bassface.tv to bring you more live streams in 2016. Here’s the first, featuring drum and bass producer Royalston! 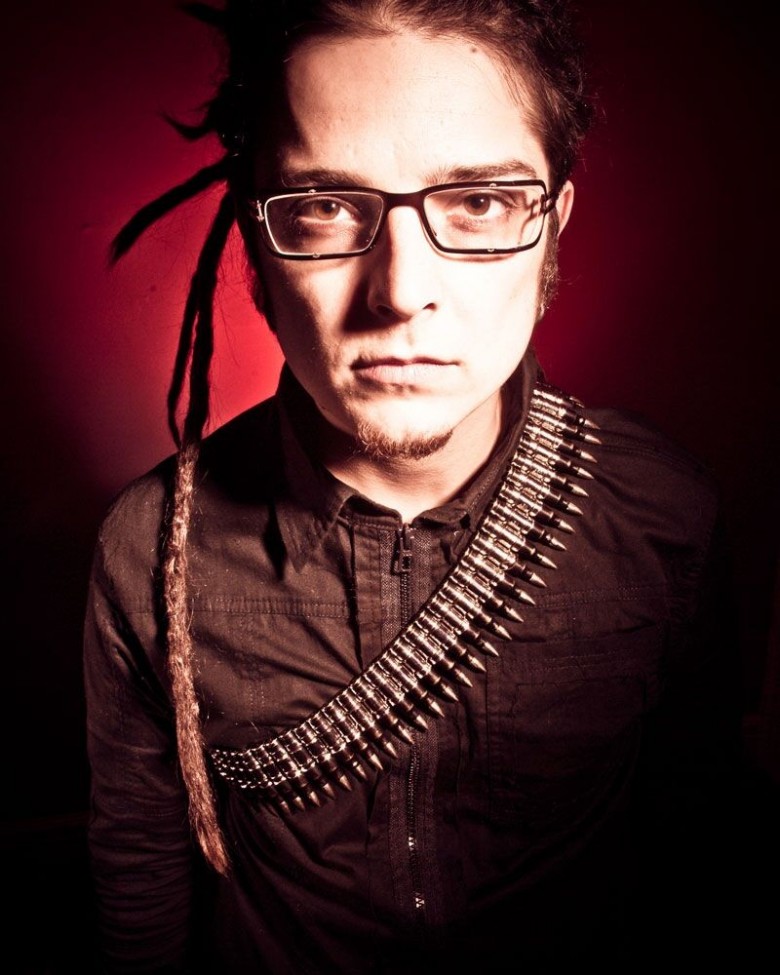 Got 5 Minutes For A Chat – iLL.Gates

Tell us a bit about yourself. How did you get into music?

When I was a kid I was always fascinated by my parents’ record collection. I taught myself to put the records onto the turntable and loved playing them at the wrong speeds and either running around like a maniac or pretending that i was stuck in a slow motion sludge. I also loved touching the records while they were playing. Both of these habits were not a big hit with my parents and I probably destroyed many of their records like this. The first song I ever wrote was called ‘Loco Bananas’ and basically involved me screaming those two words over and over again and throwing things. I think I was around 4 years old at the time.

In retrospect my parents probably should have kicked my ass, but they didn’t believe in that so they just had to deal with my horrible behavior.

What’s the inspiration behind your new single ‘more tea’?

I have a friend named Nathan Davis who is a tea traveler, meaning he goes to tea farms in Asia and then mails the tea back to his online supporters. He was a fan of my music and mailed me some tea back when I lived in Canada, one thing led to another and he offered to set up a Taiwanese tour. While I was in Taiwan he told me about this really cool idea he had for an ‘Urban Teahouse Remix Project’ that would bring tea culture to the west through music and art. I’ve always been a big fan of all things Asian (I grew up with an Asian/Black father figure) and thought it was a great idea.

Last year Nathan told me he had secured access to this crazy archive of DAT tapes recorded by a Taiwanese producer named Alex Peng 20-30 years ago while traveling through rural China and Taiwan. The samples were all of tea farmers and villagers performing traditional songs and the recording quality was really excellent. Alex Peng had said that Nathan could use the recordings for his Urban Teahouse Remix Project provided that we actively promoted Chinese and Taiwanese tea culture.

How long did it take to make? Was it a track that sort of just came together or was there a bit of back and forth involved?

Nathan flew my girl and I to Austin to make the song, fed me cup after cup of fancy tea, and the track came together pretty easily. I wrote all of the grooves using the Maschine hardware controller, and made heavy use of foley samples we recorded. Tea cups, pouring tea, spoons, leaves, discussing tea in Chinese, etc.

Once I had the main grooves created I rendered them out as audio files and brought them into Ableton to finish the song. I love putting the laptop aside and working on the Maschine hardware, but there really is no substitute for Ableton IMHO. The audio editing capabilities and the way you can build purpose specific device groups (called racks) is really amazing. I’ve used a lot of different software to make music and I have to say Ableton is my favourite.

The entire song writing process happened in one long session and the whole thing was quite painless. Most of the time there is some sort of frustrating roadblock during a studio session but More Tea was smooth sailing the whole way. I think it was all of the tea we were drinking. My palms were sweating.

I noticed there’s a sample from philosopher Alan Watts, can you tell us how this and the rest of the samples used, came to be a part of this track?

I really wanted it to be clear that the track was all about tea and didn’t really feel that the tea cup and tea pouring samples were going to get the point across as clearly as if I used some vocal samples. I remembered there was a really cool Alan Watts piece about tea so I went to the website and bought the HQ audio. They were really nice about it and seemed super chill about me using the samples. The ‘have some tea’ and ‘more tea?’ samples are from some old shitty overdub of a Jackie Chan movie where he is demonstrating teapot style kung-fu… very silly. …and then of course there is the famous Bruce Lee ‘be like water’ sample… I have always been a big Bruce Lee fan and had that sample in the back of my mind the entire time. It took a bit of processing with iZotope RX to clean up, but the final result really works I feel.

I use Ableton on a Mac with Mackie monitors and a KRK sub. I also use Maschine pretty extensively both as a plugin and as a standalone DAW. I’m a big fan of the Abelton Push and APC40 controllers and I often use my Denon MC4000 controller to add scratches and sample chops from Serato.

What other instruments/plugins/hardware were used in the production process?

I love using the iPad as a sound source because all of the synths and stuff are super cheap, and the act of recording in from a synth as audio forces me to commit to the sounds and just move forwards. It is really easy to fuss around with a synth sound for ages and ages unless you record it to audio. In my experience it is very important to write quickly and get your emotions out in one piece, so anything that makes the process faster is a big plus. I will spend ages on a mixdown to get the song perfect, but I generally like the writing part to happen at warp speed so that I don’t allow myself time to overthink things.
You always achieve great separation between all the elements in a track, as well as making good use of the stereo field. Care to share some of your tips on how you do this, in particular on this track?

The main this is to make the sounds as different from each other as possible. If you use one synth for all of your sounds, or you use the same compressor on everything they all start sounding the same and fighting in the mix. If you use a different set of techniques and plugins for each sound then they maintain separation naturally as the song comes together.

You always achieve great separation between all the elements in a track, as well as making good use of the stereo field. Care to share some of your tips on how you do this, in particular on this track?
The main this is to make the sounds as different from each other as possible. If you use one synth for all of your sounds, or you use the same compressor on everything they all start sounding the same and fighting in the mix. If you use a different set of techniques and plugins for each sound then they maintain separation naturally as the song comes together.

You can only have 1 plugin compressor, Eq and reverb what would they be?

Sidechaining can be a real pain in the ass… latency, clicks/pops, and other misbehavior can really be frustrating when you are writing.
The reason for this is that each plugin adds a tiny bit of latency, which means that if you have a long plugin chain on your kick drum, which side chains a nice simple sub bass with few plugins on it then Ableton will have to add latency to the project in order to slow the sub down to match the kick drum.
You can get around this and other limitations of side chaining by doing all of your side chaining on global send/return tracks instead.
Route all of the sounds and groups you want to side chain to go to a send channel with your side chain on it. Then set their audio outputs to ‘sends only’ so that it forces them through that side chain channel on their way to the master output.
Bonus points for using a tiny click to trigger the side chain instead of a kick drum. Kick drums are ofter over 50ms long, which means that the compressor has to wait 50ms before the release happens. I get around this by having a muted channel with clicks that match every kick and snare in the track. You never hear it, but it triggers the compressor much better than using a kick or snare.

What’s next for ill gates?

More Tea is one of several singles from my new album “Terminally ILL”. I am still finalizing the track listing, but it is likely to be similar to The ill.Methodology in that it has a large number of tracks on it, and that there will be several re-releases of the originals from the singles and such. Lots of collabs of course, but also some new solo tracks like More Tea. I think it is the best ill.GATES album to date and am really excited about it. No firm release date yet though.

The new single, More Tea, and it’s remixes are out now – http://apple.co/22hk7fI